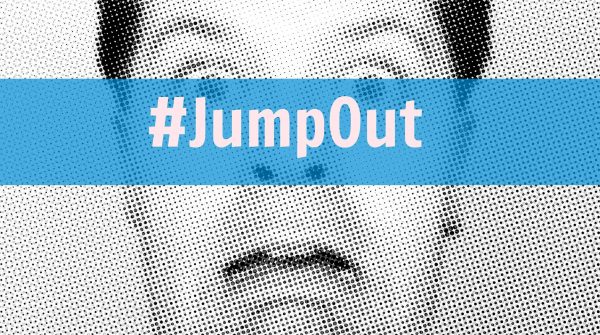 By Talking2minds | PTSD | No Comments

BOO! When was the last time you jumped out of your skin?

A crashing plate? Bumping into someone?  Did a car horn catch you off guard or did someone just take you by surprise? We’ve all experienced it at some point, along with the adrenaline rush and increased heart-rate that goes with it.

But the reality is that while the majority of us will get over something like this within moments, some shocks are much harder to get over.

Post-Traumatic Stress Disorder (PTSD) is a complicated stress-related anxiety condition which is caused by past experiences of events that are particularly distressing, frightening or stressful.

First documented after the Battle of Thermopylae in 480BC, the condition has had many names over the years – most famously as “shell shock” in the First World War and since then, cases of PTSD have been on the rise, recently being described as an epidemic.

Talking2Minds is a charity dedicated to helping those with PTSD and other severe stress-related conditions and, despite already helping more than 700 people overcome the condition, it still has over 600 sufferers on the waiting list, desperate for help.

And so, to help them to get the help they need, we’ve launched our #JumpOutChallenge.

Based around the idea of a “shock”, we’re calling on our supporters and members of the public to get involved on social media by videoing themselves giving a friend, family member, or colleague a quick shock by “jumping-out” at them, before pledging a donation and tagging a friend to do the same.

Whether it’s from behind a door, out of a box, or crouched next to a bush, we want you to join in the campaign by videoing yourself jumping out and giving someone a surprise before sharing it online and making a small donation to the cause.

PTSD is a hidden illness that most often surfaces years after the traumatic event that caused it and can destroy the lives of those suffering from it. Our aim is to increase awareness of this condition, and to raise £1million to fund the treatment of those that are currently having to battle the condition on their own.

To give a donation to Talking2Minds and the #JumpOut challenge 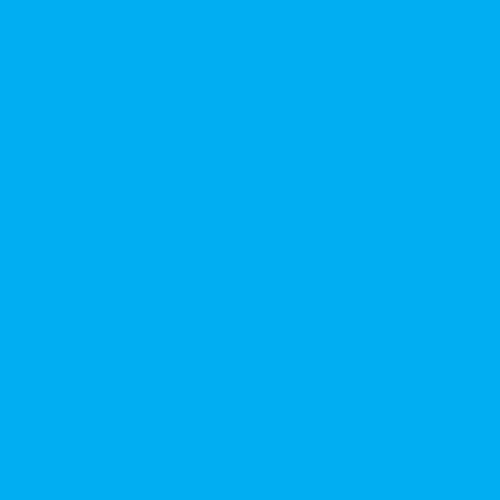 By Talking2minds | Conditions, Depression | No Comments

Depression lasts longer than feeling down for a few days. We all go through spells of feeling off or down, but when you’re depressed, you can feel persistently down for weeks or months rather than just a few days. Depression is a serious and lasting condition despite what some may say.

Depression is a real illness with real symptoms and consequences, and it’s not a sign of weakness and is certainly not something you can ‘snap out of’ by ‘pulling yourself together’.

There is good news. With the help of some main stream therapies many sufferers can recover. For those that have not had a positive outcome with other therapies, our Paradigm Therapy™ could be the way ahead for you to pick up the pieces and move forward.

Depression at its mildest can make you  simply feel persistently low in spirit or down, and at its most severe can make you feel suicidal and that life is no longer worth living.

Life-changing events, such as bereavement, or losing your job or even having a baby, can result in depression.

People with a family history of depression are also more likely to experience depression themselves.

Depression can also materialise for no obvious reason.

Studies have shown that about 4% of children aged 5-16 in the UK are affected by depression.

Do you have depression?

Depression can affect people in different ways and can display a wide variety of symptoms.

Symptoms can range from:

There can be physical symptoms too such as:

If you have not had a positive outcome with these approaches and you would like to address the underlying cause of depression, then may be Paradigm Approach™  is the answer for you.

Contact us to see if  the Paradigm Approach is for you:

infot2m@yahoo.co.uk to find out more information of what we do 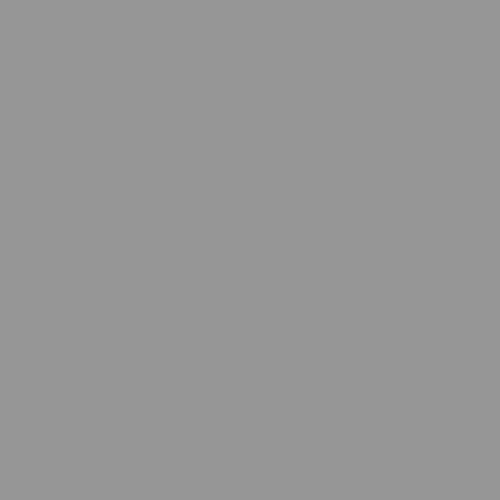 By Talking2minds | Anger, Conditions | No Comments

Although the reaction of our bodies is the same in that we all release adrenalin which makes our heart beat faster, our breathing quicker and us sweat more, the way we express it differs from person to person.

Some people use verbal expression including shouting, becoming aggressive, involving swearing, threats or name-calling. Others will react violently and lash out physically, hitting other people, pushing them or breaking things. Some go to the opposite extreme and seem unemotional. They internalise their anger and may turn it against themselves with self harm, drugs or alcohol addiction. They can be very angry on the inside but feel unable to let it out in fear of becoming uncontrollable or hurting others.

Reports show that anger problems are as common as depression and anxiety, but people don’t often see it as a problem, or don’t realise there are ways to tackle it.

These can be many and varied but often include:

Rather than offering “coping mechanisms” we get to the underlying cause of the emotion which enables the sufferer to adopt a different mindset so that things that previous bothered them no longer do so.

If anger is making yours or a loved-one’s life a misery, contact us to find out more about how we can help.

infot2m@yahoo.co.uk  to find out more information of what we do

By Talking2minds | Conditions, Stress and anxiety | No Comments

Stress is a normal reaction to outside stimuli that challenge us. Circumstances, events and situations can bring on the stress response which is totally natural and totally normal and it sets the body ready to perform a fight or fight response.

Stress is an almost daily occurrence. We can often worry needlessly about a variety of things which may cause various levels of anxiety. We often worry about future events and imagine negative outcomes which can keep us in a stressed stressed state even when the event that has been causing the worry is over – or never arrives.

Stress is part of life. How our minds deal with it allows it to be managed or spiral out of control. When stress is left unchecked it can devastate lives and manifest itself in physical symptoms.

Stress is commonly linked with anxiety. Signs and symptoms of anxiety may include:

By looking at the route causes of the anxiety we gently and positively enable you to understand where it stems from and make the changes necessary to move forward.

Contact us to see if  the Paradigm Approach is for you:

infot2m@yahoo.co.uk to find out more information of what we do

sharon@yahoo.co.uk to find out how you can book onto a change programme 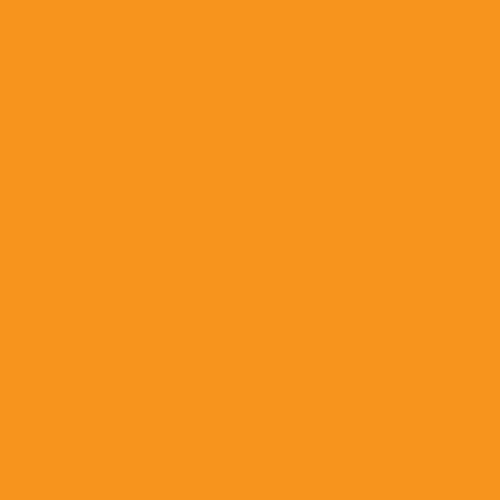 By Talking2minds | Conditions, PTSD | No Comments

Post Traumatic Stress Disorder (PTSD) is a physical and psychological condition caused by exposure to extremely frightening or distressing events and can affect anyone. It is a normal, human reaction to an abnormal and traumatic experience. It is commonly associated with those who have served within the armed forces, particularly in a combat role but it can just as easily affect “blue light” services such as police, firefighters and ambulance crews and civilians exposed to traumas such as abuse, cataclysmic events or being involved in or witnessing severe accidents.

The symptoms of PTSD usually start soon after the traumatic event, but sometimes it can be many months or even years before symptoms develop and sufferers can endure years of mental distress never even realising that they have the condition. Sadly, many turn to self-medication with drugs or alchol and others feel unable to continue and end their lives.

Talking2Minds are committed as a charity to helping anyone experiencing the symptoms of PTSD, irrespective of when or how they developed them.

Today there is overwhelming evidence that UK troops fighting in the various areas of conflict all over the world are suffering from PTSD at ever-increasing levels. The number of individuals being diagnosed with PTSD and associated symptoms has increased by 53% in the last few years.

Levels of PTSD in the wider population have been less well documented but PTSD does not differentiate between military or civilian. Anyone encountering a severe trauma can be affected.

We understand PTSD because…

Many of our Personal Development Coaches are former sufferers, including our founder, Rob Paxman (ex-22 SAS).

Having experienced the damaging effects of PTSD himself, he decided to set up the charity to help other who like him had been told that that the symptoms would be there “for life” and he had to learn to live with it.

“I refused to accept that I would experience the symptoms of PTSD for the rest of my life and having worked hard to come up with a therapy that really worked for me I am passionate about helping others find their way through PTSD too.”

Typically PTSD can be triggered by traumatic events such as:

After the event, it is normal to feel confused, angry or scared however, if these feelings don’t go away or they get worse, you may be suffering from PTSD.

Not everyone witnessing or experiencing a traumatic event will develop PTSD. Individuals differ. How likely you are to develop PTSD depends on many factors such as how close you were to the event, how much personal control you had over the circumstances, how strong your reaction was, how intense was the trauma, how long it lasted, and whether you were injured or lost someone close to you.

Please contact us if you or a loved one are experiencing the symptoms of PTSD.

infot2m@yahoo.co.uk to find out more information of what we do.

sharont2m@yahoo.co.uk to find out how you can book onto a Paradigm Change Programme™